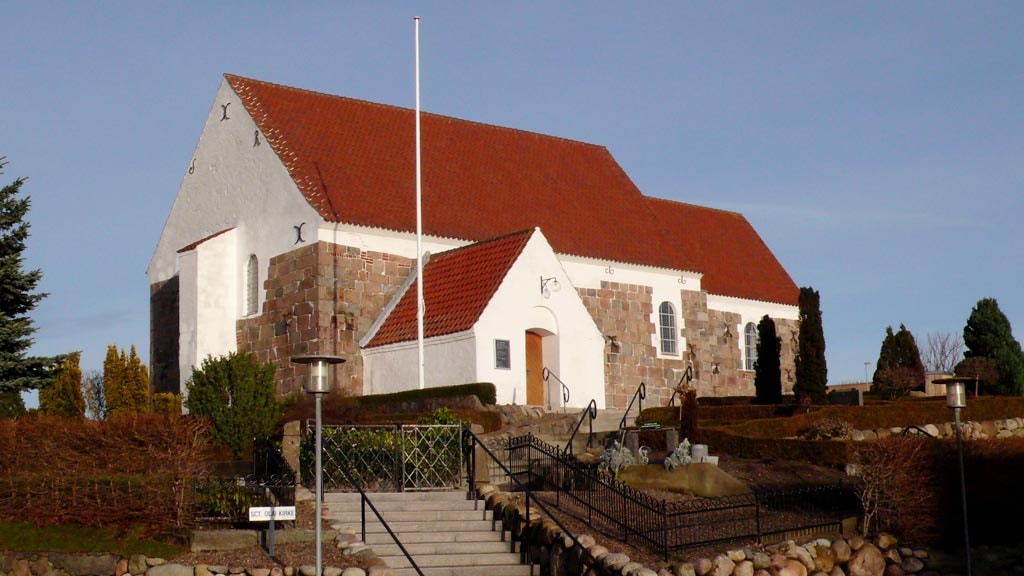 Photo: Turismeudvikling Hjørring
Attractions
Churches
St. Olai Church The oldest of the churches of Hjørring is said to be St. Olai, dedicated to the Norwegian king Olaf II, the Saint, and erected by his son, Magnus the Good, who was the king of Denmark 1042-47.
Address

The present granite church, however, is more than 100 years younger than King Magnus. During a restoration in 1966 unmistakeable traces of a wooden building were found under the church floor.
The existing granite building has been built with a nave and chancel in Romanesque style. The porch is late Gothic, but has lately been thoroughly restored. Inside on the walls of the nave and the chancel, traces of frescoes have been found on several occasions, but they have all been whitewashed. The font is new, but the baptismal basin is from about 1600. The altar-piece is from the late 1500’s with later paintings from the early 1700’s. From 1910 to 1976 the church had another altar-piece, painted by Axel Hou and representing Jesus in conversation with Nikodernus. This painting has now been hung on the northern wall of the church. The pulpit is a Renaissance piece of work from 1604, executed by Niels Ibsen, joiner and carver.