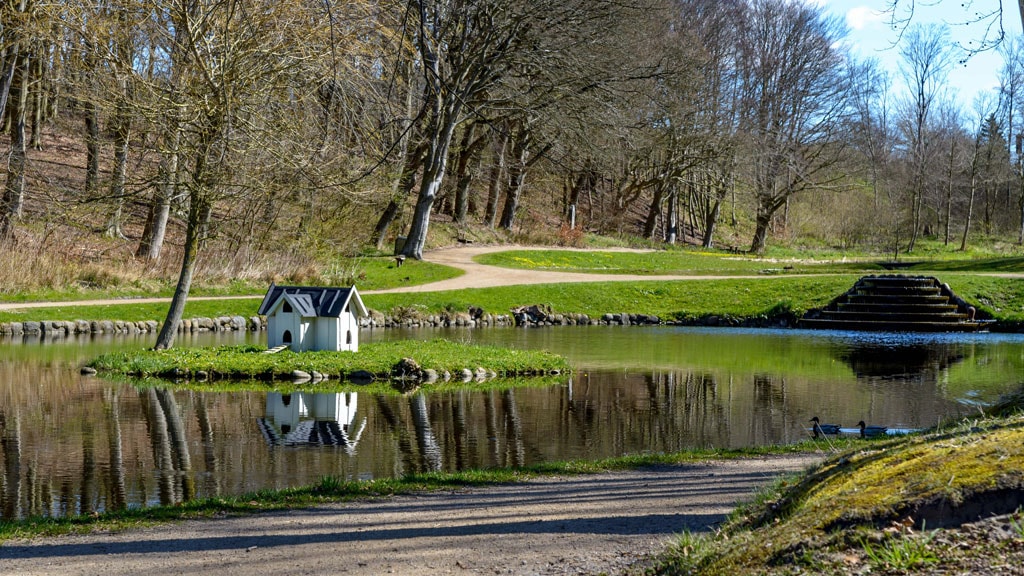 The Holy Spring dating back to the 12th Century which was still visited up until 1880. The Spring eventually ran dry, but the area was re-landscaped and the hills were planted with beech trees in 1903-1905.

Children are allowed to fish in the ponds