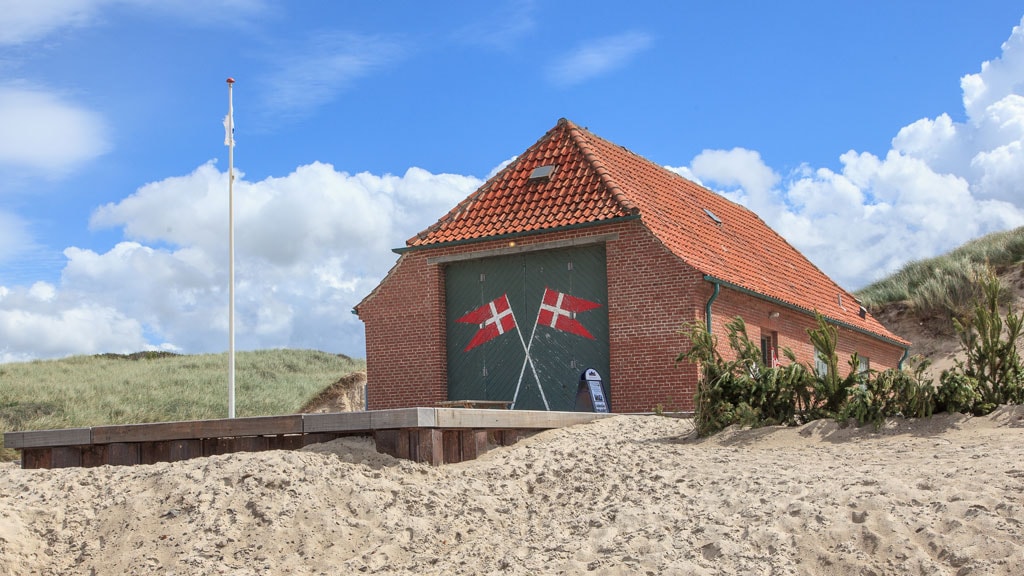 Museum of Coastal Fishing and a maritime atmosphere

Lifeboats and fishing are the main themes in Løkken Kystfiskerimuseum (Løkken Museum of Coastal Fishing / Løkken Maritime Museum). The artifacts in the museum date back to the 19th and 20th century. The rescue boat, Bent II, was built in 1944 and is the main attraction at the museum.

The rescue union in Løkken was established in 1852 and also had a function as a lifeboat service. Throughout the years, there have been several rescue stations in Løkken. The museum building was previously a sea rescue station and was built in 1937. Many sailors have been rescued by the rescue department who have managed it through the years. The station closed in 1973 and was converted into a museum for coastal fishing in 1992.