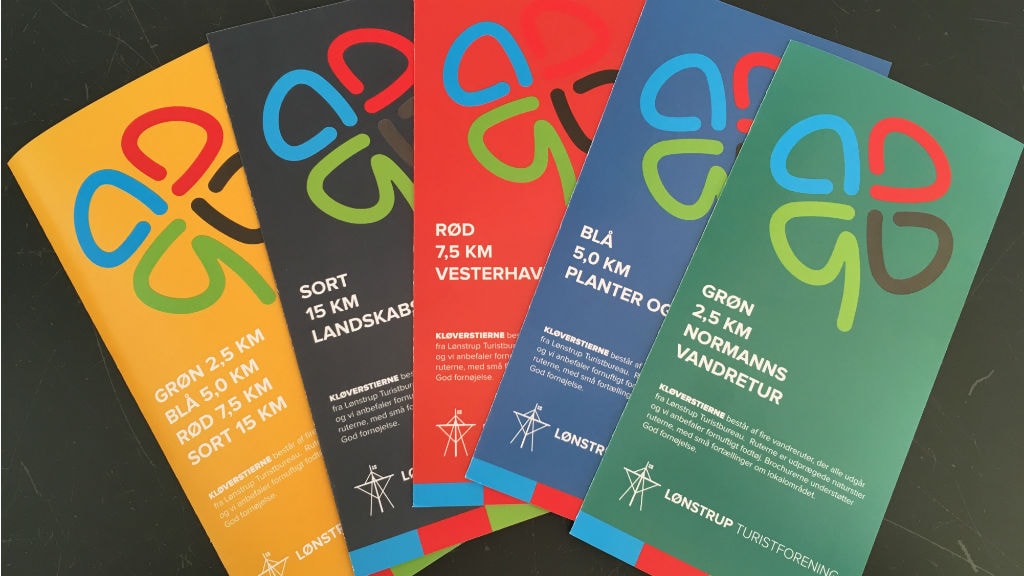 Photo: Lønstrup Turistbureau
Activities
Tour suggestions
A Kløversti has one starting point, starting from four routes, so there is a walk that suits everyone.
Address

The "Kløverstier" clover trails consist of four hiking paths that all start at Lønstrup Turistbureau. The routes are formed through nature paths and we recommend good footwear. The brochures can be bought at Lønstrup Tourist information for 20 DKK. The brochures support the routes with small stories from the local area. It is only available in Danish.

The green route is 2,5 km is called Allan’s Hiking trip after Allan Normann Sørensen who is our local tour guide in Lønstrup.

The blue route is 5 km and called plants and animals.

The yellow route is 7,5 km and called the North Sea.

The black route is 15 km and called the landscape route.